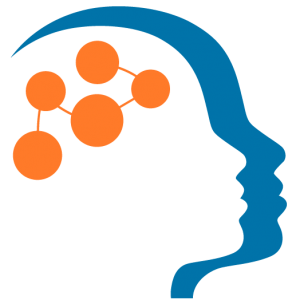 5.  The next stage in the accompany engages the place, and my mother’s time in the place, both the good and the bad. While you worried about the changing array of people going into your mother’s house, in this new house you worry about the people who are constantly there—the residents and the workers, the nurses and the orderlies, all to be scrutinized under cover of casual visits to discern if they will help or hurt my mother.

Most people who have chosen the work life of helping the infirm elderly are wonderful, saintly people. To see so many people together on the dementia journey is at times terribly sad and sometimes terribly funny. My nephew likened it to college for old people—with cliques, romances, snarky behavior. There is also pain, aching pain, and loneliness in eyes that is difficult to efface.

I would happen upon my mother catching balloons, singing songs in groups with talent from the high school chorus to the Elvis impersonator to the nostalgic to the truly curious person. I wished many times I could see memory care occurring, see someone with my mother engaging her with what command of the past and present she held. Frequently there was nobody with her, nothing going on, an emptiness in her eyes that used to light up at my presence but slowly flickered as the months progressed.

She complained about the men who would chase her around the room, about the thievery she swore was occurring while she slept. Then there was the sundowning, that perfectly horrid time when the worst of fears and anxieties would surface. There was a bus she had to catch, a baby needing saving, a fire that entraps. I hated her fear as much as I hated it when she was lucid enough to know something was happening to her mind.

Then there were the apparitions, the people in my family who would come for a visit. “Dom, can’t you see Joey Boy is here. Go get him a cup of coffee.” My cousin Joey-Boy had been dead for twenty-five years. You get used to rolling with the images. “Sure Mom, you want one too?” And by the time I returned with single coffee, Joey-Boy was gone. Others came to check in: Aunt Tessie, my grandmother—more dead people than the living, sadly. There were some who came by for visits, some I would have thought would but couldn’t, or wouldn’t. Once your loved one begins the journey, the few (the still breathing) who stop by become beloved, and the ones who don’t are remembered.

To be continued…tune in on Thursday, November 28th (Thanksgiving Day) for the last part of our 4 part seies from Dominic Belmonte.