May 11, 2020Posted by Erin HennessyUncategorized 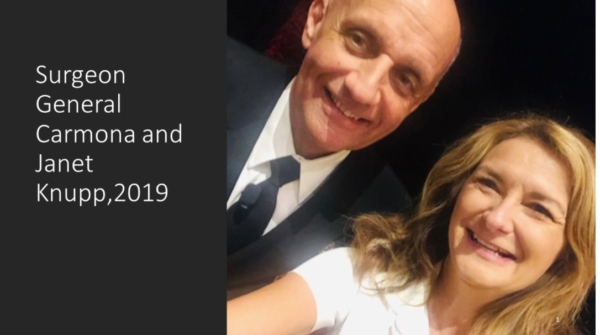 When I met former Surgeon General Richard Carmona last fall, he agreed in front of an audience of hundreds of professionals in the senior care industry, that cognitive stimulation should absolutely be considered as a treatment for seniors with dementia.

Former U.S. Surgeon General Vivek Murthy wrote in the Harvard Business Review, “During my years caring for patients, the most common pathology I saw was not heart disease or diabetes; it was loneliness.” Noting that rates of loneliness in the United States have doubled since the 1980s, he characterized loneliness as a growing epidemic.

Surgeon General Murthy called the condition “a growing health epidemic” and pointed to research showing that “loneliness and weak social connections are associated with a reduction in lifespan similar to that caused by smoking 15 cigarettes a day and even greater than that associated with obesity.”

Volumes of research support the efficacy of cognitive stimulation. Fit Minds has supported thousands of seniors in Canada and the US with its cognitive stimulation programming since 2010. Evidence from longitudinal observational studies suggests that a poor social network or social disengagement is associated with cognitive decline and dementia.

I encourage you to learn more about Fit Minds. Together we can help seniors be all they can be.

Learn More About Virtual Personal Trainer for the Mind

Janet Knupp’s mother was diagnosed with Lewy Body, a form of dementia. This life-altering event led Janet to create and launch Fit Minds in the US in late 2016. As CEO of Fit Minds, Janet works to provide customized cognitive coaching to improve quality of life, enable meaningful relationships with family and friends and build cognitive resilience for seniors going through similar memory loss diseases.

As a business executive, venture philanthropist and thought leader in education, Janet has spent the majority of her career leading companies and organizations with the goal to improve performance outcomes for school districts, teachers, and students.

A natural collaborator, she thrives in environments where she can use her influence and insight to develop a clear mission, assemble exceptional boards, attract significant capital, and move people beyond the status quo by delivering ambitious, measurable results.